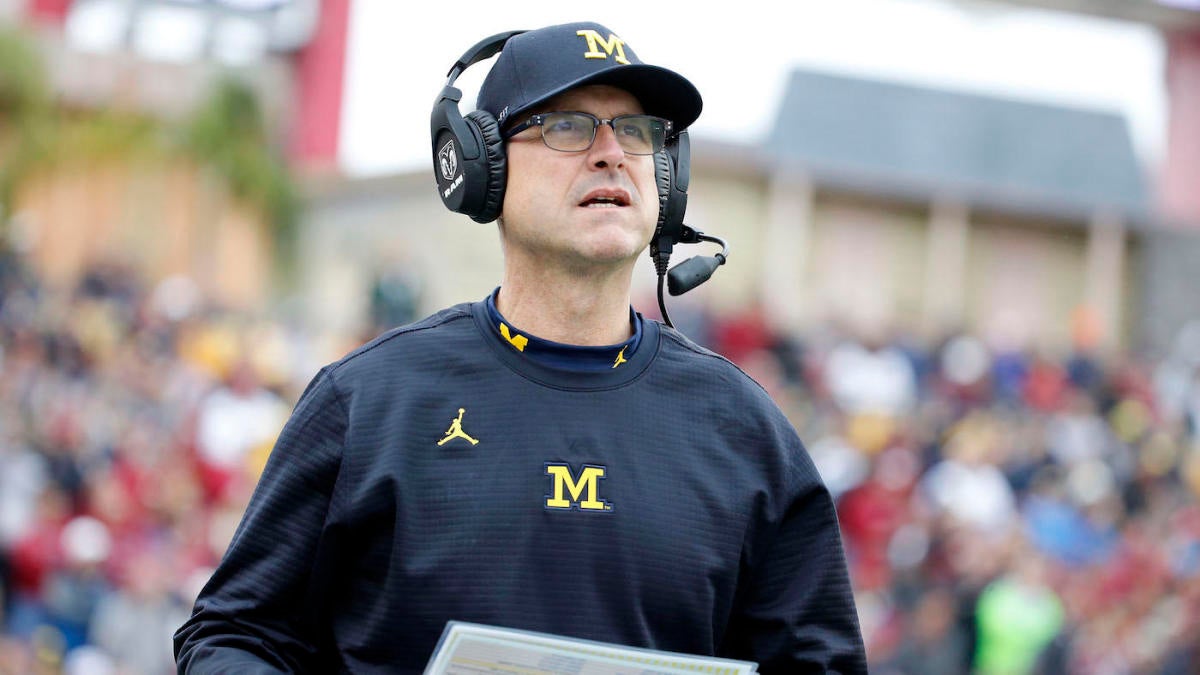 It’s certainly not Ohio State‘s equal. That’s really the only standard the program is judged by as we head into Year 6 of Jim Harbaugh. The ultimate Michigan Man is coming off a fifth straight loss to the Buckeyes with somewhat of a rebuilding project on his hands.

If you had to choose a trajectory between the two programs, which would you pick? Fleck is coming off an 11-win season during which he had the Golden Gophers in College Football Playoff contention well into November.

“We want to get back to those days of a being a blueblood,” Fleck said of Saturday’s game for the Little Brown Jug. “We’re not ever going to  just arrive on that day, but events like this back up what you’re saying, back up what’s going on.”

“Blueblood” and “Minnesota” in the same sentence. Drink that in with your virtual tailgate.

Fleck returns the Big Ten’s leading passer (Tanner Morgan) and his favorite target (Rashod Bateman). Michigan’s projected starter (Dylan McCaffrey) has opted out. Like Harbaugh, Fleck has won everywhere he’s coached. Like Harbaugh, he recruits well and is a perfect face of the program.

Sure, this is a one-game, opening-week assessment. But with Ohio State being head and shoulder pads ahead of the pack, it’s worth measuring which Big Ten team is second-best. It’s also worth asking when was the last time anyone said Minnesota had more upside than Michigan?

And could it be we’ve already witnessed Harbaugh’s ceiling in Ann Arbor, Michigan? If so, it’s one hell of a ceiling (.723 winning percentage), one that is still lacking that the proper headroom — a win over the Buckeyes.

Much was made this week of Harbaugh’s contract. An expected extension hasn’t yet arrived. Harbaugh’s deal is one of only six among FBS public schools that expire in the next 14 months (January 2022), according to USA Today’s coaching salaries database. Harbaugh is the only such Power Five coach at a public school in that space.

That’s where the Harbaugh dichotomy enters the discussion. Only 10 other FBS coaches have won at a higher rate at their current school. The nation’s fourth-highest paid coach ($7.8 million) says more with less than most coaches. When asked this week how recruits might view what appears to be a lack of job security, Harbaugh replied, “Go Blue.”

“Lack of a contract, I wouldn’t say it’s never important to recruiting,” said 247Sports recruiting analyst Bud Elliott, “but I think it’s only really relevant if a coach is really legitimately on the hot seat. Otherwise, this is the tool agents use to get athletic directors to cave to their demands for extensions.”

To say Harbaugh is in trouble would be overstating things. A Michigan legacy, a Wolverines legend and a direct connection to Bo Schembechler isn’t going to be fired anytime soon. The man will leave on his own terms before being shown the door. And if Harbaugh can’t get it done at Michigan, who will?

The extension has been a topic for a while. Its delay could be nothing more than fallout from COVID-19. It’s probably not a good look to announce an extension during furloughs. There remain bigger issues at Michigan.

“I’ve never really heard of a kid say, ‘Hey, I’m not going to go to this school because the coach only has X number of years left on the contract,’ Elliott said. “… They almost always extend these guys because the [athletic directors] are scared about recruiting. I haven’t heard any Michigan recruit say, ‘Yeah, this bothers me.'”

But check back in a few weeks. This convoluted, delayed Big Ten season is just getting started.

2. Big 12 game of the year, for now: Oklahoma State is the league’s only undefeated team. Iowa State has rebounded from its Louisiana loss to tie Kansas State atop the league standings (3-0). Under Matt Campbell, Iowa State is the second-best FBS team covering as an underdog (21-8 since 2016). The Cowboys are favored by 3.5 points at home, according to William Hill Sportsbook. Quarterback Spencer Sanders may return from injury for the first time since the Tulsa opener.

3. Be careful what you wish for, Cornhuskers: Nebraska won’t let go of the idea that it was punished by the Big Ten after a veiled reference to play outside the league when the conference postponed the season. The Huskers open at Ohio State before playing Wisconsin, Northwestern and Penn State. Said coach Scott Frost of opening against the Buckeyes: “I don’t think it’s a coincidence.”

4. Mack attack: We were reminded again why Mack Brown was such a valuable coach at Texas. He knew how to handle, well, everything. Things are spiraling out of control for the Longhorns where their band is now refusing to play Saturday at the Baylor game. Current Texas coach Tom Herman and athletic director Chris Del Conte continue to wrestle with a huge controversy regarding the school song. Adding to the mess, the band has been told not to speak to the media during “Free Speech Week” on campus. Mack? His legend continues to be enhanced as North Carolina is chugging along hosting NC State. This is the 110th meeting between the teams, though only the third time both have been ranked.

5. American in the spotlight: The next AAC game of the year commences with ninth-ranked Cincinnati going to 16th-ranked SMU. The Mustangs lead the country in explosive plays this season (60). Cincinnati is giving up 4.3 yards per play, lowest for the Bearcats in at least 11 years.

6. Liberty for all: Just when you thought you’d forgotten Hugh Freeze, his Flames are 5-0 with the best-running quarterback in FBS. Malik Willis, a former Auburn backup, is averaging almost 100 yards per game on the ground for Liberty going into the Southern Miss game.

7. Upset of the week: Penn State this week lost star running back Journey Brown and his 890 yards in 2019. Linebacker Micah Parsons already opted out. Indiana is coming off its best season in 27 years. Watch wide receiver Whop Philyor (1,002 yards in 2019) for more than his name.

8. Crummy game of the week: A week after blasting Georgia Tech back to the stone age, top-ranked Clemson hosts Syracuse (1-4), which is coming off a 17-point home loss to Liberty. Clemson’s current 25-game conference winning streak is 16 games longer than the runner-up in that category (Navy, nine). The last ACC team to beat the Tigers? Cuse in 2017.

10. Quick kicks: In 80 dropbacks this season, Temple (at Memphis) has not allowed a sack. Every other team that has played more than one game has allowed at least one … Najee Harris for Heisman? Alabama has converted 93% of its third-down rushes … Through seven weeks, scoring remains at a record 30.3 points per team … Stop asking if the Volunteers are back until this streak is ended: Tennessee (vs. Alabama) has lost 34 straight to top 10 opponents and hasn’t come within 20 points in their last nine vs. top 10 … BYU (vs. Texas State) is seeking its first 6-0 start since 2008