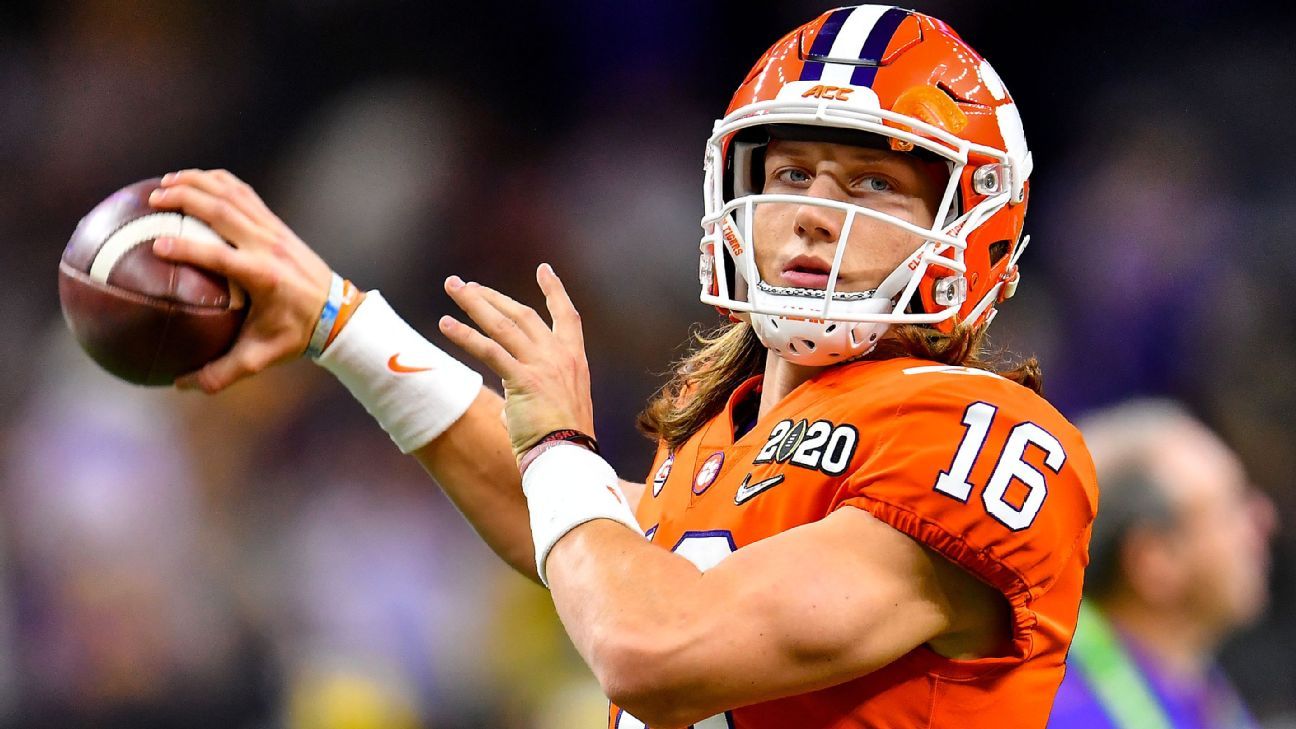 “Trevor has authorized us this evening to announce that he has tested positive for COVID-19 and is now in isolation,” Clemson coach Dabo Swinney said in a statement. “He is doing well with mild symptoms but will not be available for this week’s game against Boston College.

“While we certainly will miss Trevor, this is an opportunity for other guys to step up and we’re excited about competing against a very good BC team on Saturday. Go Tigers.”

Lawrence is a front-runner for the Heisman Trophy and he has not missed a game in three seasons at Clemson before this.

The rules established by the ACC’s medical advisory group require anyone testing positive for COVID-19 to isolate for at least 10 days after the test before returning to practice, assuming they no longer are showing symptoms. That would also put Lawrence at risk for missing the Nov. 7 showdown with No. 4 Notre Dame.

While Lawrence has never missed a start for Clemson since taking over the offense in September 2018, he did go down with an injury in the first half of his first start against Syracuse that year. Chase Brice came on in relief and led a fourth-quarter comeback that preserved the Tigers’ perfect record, and Clemson went on to win the national championship.

Brice is now the starter at Duke after transferring this offseason. That likely leaves true freshman D.J. Uiagalelei as the presumed starter for the Tigers. Uiagalelei has seen limited action, completing 12 of 19 passes for 102 yards with two rushing touchdowns. He was the No. 1 overall QB recruit in the country for 2020.

Lawrence was in the midst of a stellar start to the 2020 season, completing 71% of his throws with 21 total touchdowns through six games.

Information from ESPN’s Andrea Adelson and Holly Rowe was used in this report.