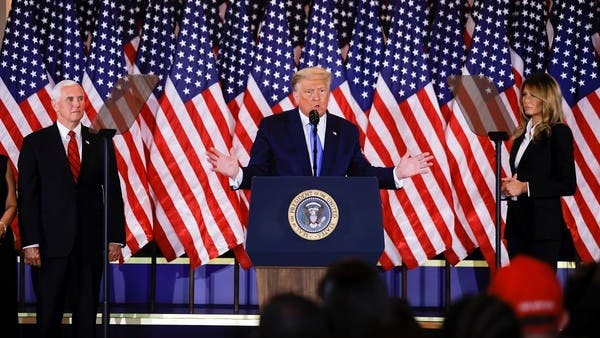 President Donald Trump and his running mate, VP Mike Pence, Wednesday launched an eleventh-hour fundraising effort for resources needed to “protect the results” in the US presidential election.

“I need YOUR HELP to ensure we have the resources to protect the results. We can’t allow the Left-wing MOB to undermine our Election. I’m asking my fiercest and most loyal defenders, like YOU, to FIGHT BACK!” Trump said in an email from his campaign.

Mail-in ballots that appear to have tipped the balance in Democratic nominee Joe Biden’s favor in several battleground states have been a point of controversy and something Trump has repeatedly targeted.

In the months leading up to Election Tuesday, Trump suggested there would be widespread voter fraud.

In the email sent Wednesday, Trump said: “Just like I predicted from the start, mail-in ballots are leading to CHAOS like you’ve never seen, plain and simple! The Radical Left is going to do whatever it takes to try and rip a TRUMP-PENCE VICTORY away from you, and that’s why I’m coming to you now.”

“They’ve made it clear they’d rather destroy our Nation than have four more years of our President’s incredible leadership,” Pence’s email read.

“We need your help to ensure we have the proper resources to protect the results. The Left wants to undermine this Election, and we need YOU to FIGHT BACK!”

Trump or Biden: Who is winning the US election? Here are the polls state by state

US elections: How the American president is elected, not by the people