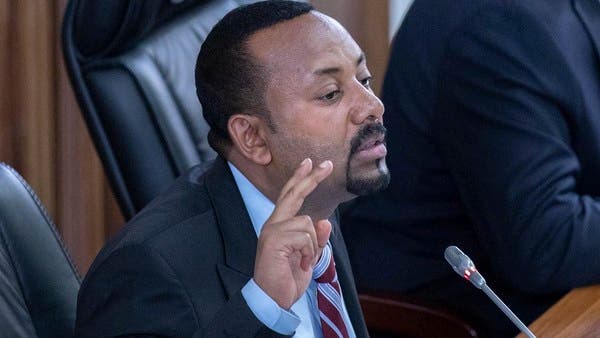 Ethiopia’s Prime Minister Abiy Ahmed showed no sign on Thursday of halting a military campaign in the Tigray region, despite international pressure to avert civil war with a powerful ethnic faction.

A humanitarian source said shelling and shooting had been heard in the region since the early hours of Thursday, and nearly two dozen soldiers had been treated at a clinic near the border with the Amhara region. The source did not say which side of the conflict the injured troops were drawn from.

“At 5:20 a.m. we started to hear heavy shelling. Since then it has only stopped for an hour, but as of 2:00 p.m. you could still hear shooting, bombing and shelling,” the source said.

“So far nearly two dozens injured — all military, no civilians — were treated in the health center of Abdurafi, located near the Tigray-Amhara border.”

Federal troops and regional forces clashed in the northern region on Wednesday, after Abiy ordered them to respond to an alleged attack on government forces in the region by the Tigray People’s Liberation Front (TPLF).

The TPLF was the dominant political force in Ethiopia’s multi-ethnic ruling coalition for decades, but quit after Abiy, a member of the Oromo ethnic group, took office two years ago and reorganized the coalition into a single party.

Countries in the region fear that the crisis could escalate into all-out war under Abiy, who won the 2019 Nobel Peace Prize for ending a decades-old conflict with neighboring Eritrea but has had to contend with outbreaks of ethnic unrest.

Tensions with the TPLF have been escalating since September, when Tigray held regional elections in defiance of the federal government, which called the vote “illegal.” In recent days, both sides accused each other of plotting a military conflict.

Sources said efforts were under way behind the scenes to encourage talks, pushed by the African Union. But the initiative was being resisted by authorities in Addis Ababa who insist they have to eliminate a threat posed by the TPLF.

“The Ethiopians are saying it is an internal matter and they will handle it. They are saying it (TPLF) is a rogue element within their border and this is about the rule of law,” said a diplomatic source who did not wish to be named.

Redwan Hussein, spokesman for a newly-established State of Emergency Task Force, told Reuters on Wednesday that the option for talks was “not yet” on the table.

Dozens of federal troops were killed during the first day of fighting, one diplomat told Reuters, adding that the death toll could be higher.

There was no word on casualties suffered by the TPLF. The government has cut all phone and internet communication in the region.

The US Secretary of State Mike Pompeo appeared to back Abiy in a tweet, which urged immediate action to restore peace and de-escalate the situation but backed the government account that the TPLF was responsible for violence.

Ethiopia has suffered multiple outbreaks of violence since Abiy took office. At the weekend, gunmen killed 32 people and torched more than 20 houses in another part of the country, in the west.