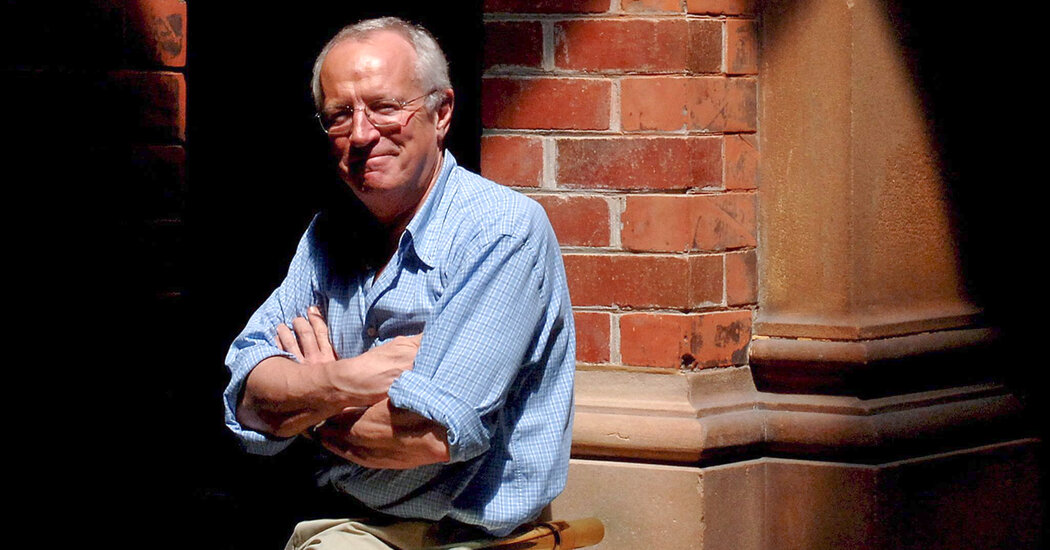 Robert Fisk, a dauntless journalist who was widely praised by colleagues and competitors alike for relentlessly chronicling the Middle East’s many agonies, but who was also faulted by some critics as insufficiently tough at times on despots, died on Friday in a hospital in Dublin. He was 74.

He had what appeared to be a severe stroke, according to his editors at the British newspaper The Independent.

With muscular reporting and a pugilistic writing style, Mr. Fisk, who had British and Irish citizenship, covered wars both civil and resolutely uncivil in the Middle East and beyond — in Iraq, Syria, Afghanistan, Bosnia, Kosovo, Israel and the occupied territories, Northern Ireland, Algeria and Lebanon, where he long made Beirut his base.

“You cannot get near the truth without being there,” he said in “This Is Not a Movie,” a 2019 documentary about his work. Across nearly five decades, the last three for The Independent, Mr. Fisk was unquestionably there.

He made no pretense of adhering to conventional notions of journalistic objectivity, essentially arguing that there was no “on the other hand” in certain situations.

“I think it is the duty of a foreign correspondent to be neutral and unbiased on the side of those who suffer, whoever they may be,” he said in a 2010 speech at the First Congregational Church in Berkeley, Calif. His dispatches earned him many accolades; seven times he was named the British Press Awards’ international journalist of the year.

Among his coups were three interviews in the 1990s with Osama bin Laden. Mr. Fisk wrote in The Independent in 1993 that Bin Laden, then yet to be universally known as Al Qaeda’s leader and the mastermind of the Sept. 11, 2001, attacks on the United States, “looks every inch the mountain warrior of mujahedin legend.”

But he stopped well short of being star-struck. In 1996, a Bin Laden functionary called and told Mr. Fisk to fly to Afghanistan for a meeting. Mr. Fisk, who spoke Arabic, later recalled having told the man, “Call me back in a week.” He was not about to “let him snap his fingers, and then I come,” he told The San Francisco Chronicle in 2003. He would later denounce the 9/11 attacks as a “hideous crime against humanity.”

Mr. Fisk was hard on those he deemed the oppressors, though his critics said that he could be unduly harsh. Israel and its treatment of the Palestinians were frequent targets, as were the United States and its misadventures in the Middle East. He could be rough on fellow news gatherers whom he dismissed as being guilty of “hotel journalism,” shunning his brand of shoe-leather reporting.

He did not spare the political class in Lebanon, either. Lebanon was “one of the most educated nations in the region,” he wrote after the August port explosion that leveled much of Beirut. “And yet,” he added, “it cannot run its currency, supply its electric power, cure its sick or protect its people.”

His sympathy for the underdog, while genuine, struck some as oddly placed on occasion. One such instance came in December 2001 while he was reporting along Afghanistan’s border with Pakistan. After he was beaten by Afghan refugees, Mr. Fisk, who often referred to himself in the third person, wrote that had he been in their situation, he would have done the same thing: “I would have attacked Robert Fisk. Or any other Westerner I could find.”

Not infrequently, his reporting ran counter to received wisdom. Skeptics, however, felt he was overly eager at times to embrace counterintuitive assessments.

During Syria’s devastating civil war, Mr. Fisk found himself accused by his critics of siding with that country’s president, Bashar al-Assad, by casting doubt on reports that the government had launched chemical attacks in a Damascus suburb. In the years after the 9/11 attacks, he speculated, without evidence, that the hijacked United Airlines Flight 93, which went down in a Pennsylvania field, may have been struck by a missile.

Still, his judgment often proved on the mark. He observed correctly, for instance, that the 1993 Oslo agreement between Israel and the Palestine Liberation Organization would not lead to true peace. And unlike more than a few others, he anticipated the quagmire that the 2003 American invasion of Iraq would become.

Robert Fisk was born on July 12, 1946, in the town of Maidstone, England, southeast of London. He was the only child of William Fisk, a town official and a World War I veteran who kept a diary of that conflict’s horrors, and Peggy (Rose) Fisk, an amateur painter who in later years became a Maidstone magistrate.

When he was 12, Robert saw the 1940 Alfred Hitchcock film “Foreign Correspondent,” and decided that this would be the life for him. He graduated from Lancaster University in northwestern England in 1968. Much later, in 1983, he received a doctorate in political science from Trinity College in Dublin, his thesis on Ireland’s neutrality and relations with Britain in World War II.

Mr. Fisk worked for several small newspapers before joining The Sunday Express and then, in the early 1970s, The Times of London. He covered the Troubles in Northern Ireland, then moved to Beirut in 1976, soon after the outbreak of civil war there; it would become a decades-long stay. He left both The Sunday Express and The Times after disputes with editors and signed on with The Independent, then a fledgling newspaper, in 1989.

From 1994 to 2006, Mr. Fisk was married to Lara Marlowe, an American-born journalist who is now a Paris-based correspondent for The Irish Times. A few years after they parted, he married Nelofer Pazira, an Afghan-Canadian filmmaker and human rights activist. She is his only immediate survivor.

Mr. Fisk wrote a half-dozen books, perhaps the most prominent being “Pity the Nation: Lebanon at War” (1990) and “The Great War for Civilisation: The Conquest of the Middle East” (2005). In the latter book, he described how the victors of World War I redrew world maps, creating the borders of Northern Ireland, Yugoslavia and much of the Middle East.

“And I,” he wrote, “have spent my entire career — in Belfast and Sarajevo, in Beirut and Baghdad — watching the people within those borders burn.”