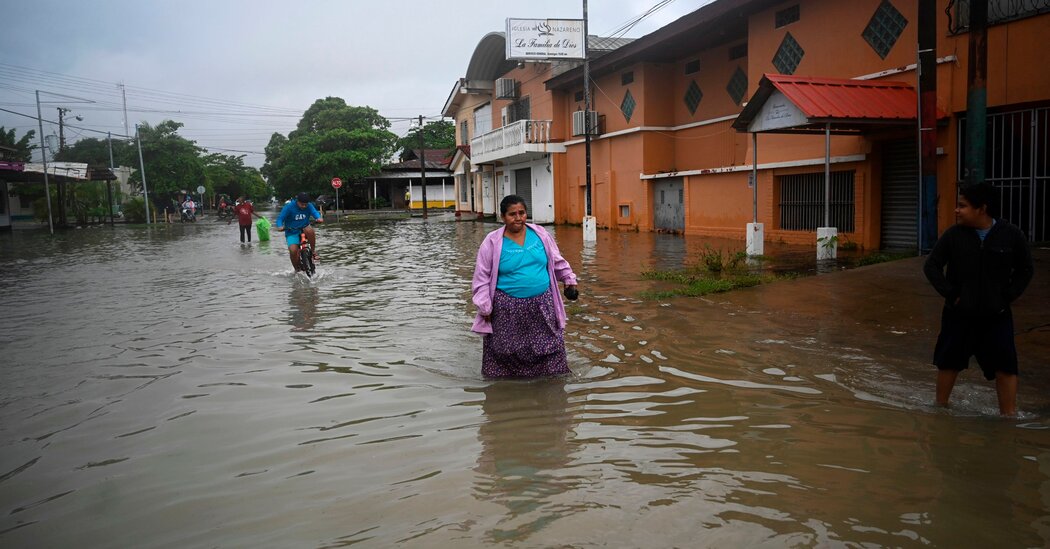 MEXICO CITY — More than 50 people have died in mudslides around Guatemala, the country’s president said Thursday afternoon, adding to the death toll in Central America from a vast storm system dumping heavy rainfall across the region.

At least 23 other people throughout Central America have died or are missing as a result of the storm, according to news reports.

In central Guatemala, one mudslide alone buried 25 houses with dozens of people trapped inside, President Alejandro Giammattei said at his news conference. The extent of the casualties from that mudslide was unclear.

“Right now we’re trying to get there on foot because we can’t get there any other way,” Mr. Giammattei said. “We’re mobilizing all the support we have.”

The storm system roared ashore along the northeast Caribbean Coast of Nicaragua on Tuesday as a Category 4 hurricane called Eta, before grinding slowly through northern Nicaragua and across Honduras. It has unleashed torrential rains throughout Central America that have, in turn, caused widespread flooding and devastating mudslides.

By early evening Thursday, the weather system was centered 65 miles west-northwest of La Ceiba, a city on the coast of Honduras, and forecasters expected it to move over the northwestern Caribbean by Friday morning before approaching the Cayman Islands on Saturday.

As it has blasted across Central America, the weather system has destroyed houses, flooded villages, toppled trees and knocked out power grids, driving thousands of people out of their homes to seek sanctuary in schools, government buildings, churches and other more secure structures.

In Honduras, at least 11 people have died in various mudslides and in floodwaters, according to wire services and local media. Two people in Nicaragua, both miners working in a remote area of the country, died when they were caught in a mudslide, local media reported.

In Costa Rica, a woman from Puerto Rico and a man from the United States were killed in a mudslide, Reuters reported. And Panamanian officials have said that eight people were missing amid landslides and flooding in the province of Chiriquí, The Associated Press reported.

“The situation is worrisome, a lot of help is needed,” said Javier Pittí, the mayor of Tierras Altas in Chiriquí, The A.P. said.

Forecasters at the National Hurricane Center in Miami predicted that Eta would continue to subject Central America to heavy rainfall and “life-threatening flash flooding and river flooding,” as well as landslides, through Monday morning.

Once over the Caribbean Sea, Eta was expected to regain momentum, attain tropical storm status again and head toward Cuba and southern Florida.