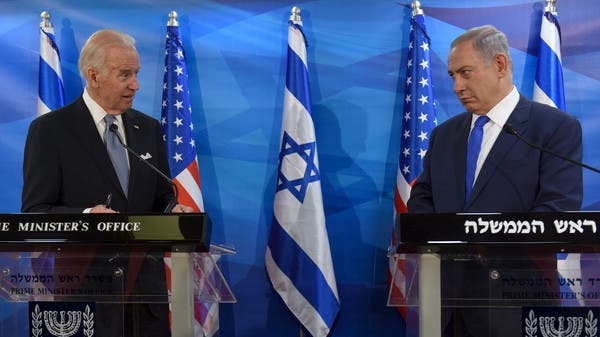 Just two weeks ago, Joe Biden was the butt of a jibe made by U.S. President Donald Trump during a conversation with Israeli Prime Minister Benjamin Netanyahu.

“Do you think ‘Sleepy Joe’ could have made this deal?” Trump asked Netanyahu in a televised phone call with his closest foreign ally about a Middle East peace initiative.

Netanyahu demurred, apparently hedging in case of a Biden victory. It was a wise move: Declared winner of the U.S. presidential election by major television networks on Saturday, Biden is the one laughing now.

The hawkish Israeli leader made no immediate comment after the U.S. networks called the election for the former vice president, and a picture of Netanyahu and Trump remained at the top of the Israeli prime minister’s Facebook page.

Trump, who has made repeated claims of electoral fraud without providing proof, immediately accused Biden of “rushing to falsely pose as the winner.”

“The relationship between our countries is based on deeply held values and critical shared interests which I know will be at the heart of your administration,” Lapid wrote.

Though Biden describes himself as a Zionist and friend to nine Israeli prime ministers, friction could arise between a Biden White House and Netanyahu, who famously feuded with Biden’s ex-boss, Barack Obama.

In what Israel would likely see as a de-facto third Obama term, Biden has pledged to restore U.S. involvement in the Iran nuclear deal and is likely to voice opposition to Israeli settlement of occupied land where Palestinians seek statehood.

That promises Netanyahu a policy whiplash after four years of being in lockstep with Trump – deferred, perhaps, by the need to deal with the COVID-19 crisis and U.S. economic woes first.

Joe Biden wins US presidency: All you need to know about the 77-year-old politician