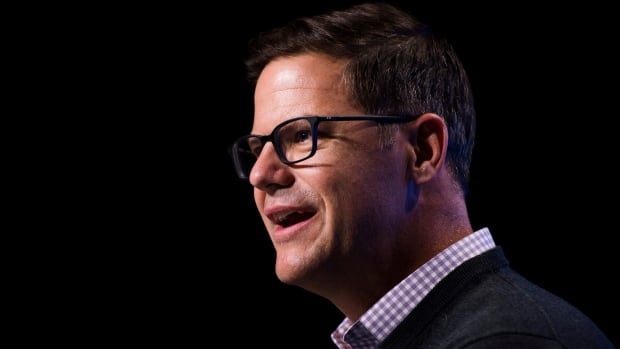 The Toronto Blue Jays were the first team to strike on the free-agent front this off-season. Productive interactions at this week’s general manager meetings could set them up for some potential trades too.

Four days of meetings – held virtually this year due to the COVID-19 pandemic – began Monday. Blue Jays general manager Ross Atkins said he’s planning to continue his proactive approach ahead of the 2021 season.

“From the beginning of the last off-season, we’ve worked hard to make this team better and we’re in a position to do that again,” Atkins said. “So we’re going to continue to think about that from every approach and every angle that we can do it.”

The Blue Jays agreed to terms on a one-year deal with left-handed starter Robbie Ray on Saturday. Ray, acquired last August in a trade with Arizona, became the first of 181 free agents to get a new contract.

“He has done nothing but impress us from Day 1,” Atkins told reporters during a 35-minute video call.

Ray will help shore up a rotation that was thinned after Matt Shoemaker and Taijuan Walker became free agents. The Blue Jays declined the option on Chase Anderson’s contract, leaving a starting five – at the moment – that will likely include ace Hyun-Jin Ryu, Ray, Nate Pearson, Ross Stripling and Tanner Roark.

While upgrading team defence is also a priority, Atkins is optimistic that he’ll be able to add more depth to the rotation.

“I feel good about acquiring another free agent, I can tell you that, in the starting pitcher market,” he said. “It doesn’t mean it’ll happen but I feel like we have a chance to do it. If that doesn’t happen, we’ll turn to the trade market.

“But we’re working on them simultaneously.”

General managers met last fall in Scottsdale, Ariz. There won’t be chance meetings in a hotel lobby this time around. Same goes for chatting up a fellow GM or agent in the elevator or while waiting in line at the coffee shop.

Atkins credits strong relationships with executives and others around the sport for helping make the virtual process an efficient and productive one.

Meanwhile, when it comes to payroll plans, president Mark Shapiro is expected to make a presentation to the Blue Jays’ ownership group later this month. There’s no word yet on a dollar figure but Atkins said that hasn’t impacted the team’s approach.

“We obviously realize that the best way to recovery and getting back to full steam is winning,” Atkins said. “We are united on that front.”

The Blue Jays did not play in Toronto last season due to border restrictions as a result of the pandemic. Home games were played at Buffalo’s Sahlen Field for most of the truncated 60-game campaign.

It remains unclear when the Blue Jays might return to Rogers Centre. The 2021 home opener is set for April 8 against the Los Angeles Angels.

“I’m optimistic that we’ll be in Toronto,” Atkins said of next year’s plans. “Obviously it is not within our control so we have to plan accordingly for an alternative.”

The Blue Jays’ biggest move last winter was the free-agent signing of Ryu to a $80-million US, four-year deal. He was a reliable ace as Toronto rose out of a three-year rebuilding rut to a 32-28 mark, good for the eighth and final seed in the American League playoffs.

The Blue Jays were swept in the wild-card series by the Tampa Bay Rays.

The 2021 pre-season schedule is set to begin Feb. 27 against Philadelphia. The Blue Jays will open the regular season April 1 against the New York Yankees.