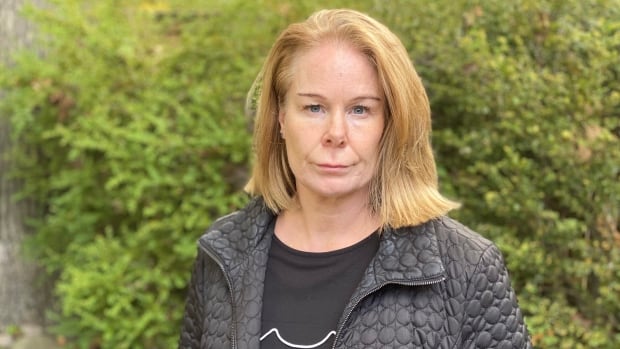 A Toronto gynecologist is facing a lawsuit alleging he performed a “forceful” transvaginal ultrasound that caused “severe pain” and did not obtain the patient’s consent for the procedure.

In years prior, other patients have complained to Ontario’s regulatory body about the doctor.

“The pain and the days of pain that came after that procedure were unbelievable,” said Adamou in an interview with CBC News. She added that she has had dozens of ultrasounds in the past, but nothing like this.

“I have three children. I’ve had two large-weight babies. I’m familiar with pain. And it should never come from an ultrasound.”

The allegations are directed at Dr. David Gerber, a gynecologist who has been licensed to practise medicine in Ontario for more than two decades. He denies the allegations raised, and has filed a notice of intent to defend.

Adamou and three other women who spoke to CBC News on condition of confidentiality say they have filed complaints about Gerber to the College of Physicians and Surgeons of Ontario within the last 12 months.

A spokesperson for the CPSO said the College is “unable to comment on active investigations.” CBC News has seen email confirmations from the CPSO to each of the women indicating their complaints had been received.

In a written statement, Gerber’s lawyer said his client “is deeply distressed by the negative experiences his patients have recalled” and that Gerber “categorically denies that any aspect of the care he provided or the communication he engaged in with these individuals was in any way inappropriate or unprofessional.”

He added that confidentiality concerns prevent Gerber from speaking about the specifics of any patient interaction.

None of the allegations have been proven in court.

‘This was not normal’

On Dec. 21, 2019, Adamou visited Gerber’s office in Toronto’s Davisville area for a biopsy. She said she wasn’t expecting to undergo a transvaginal ultrasound, a procedure that involves inserting a cylindrical wand — also known as a transducer — into the patient’s vagina in order to provide diagnostic imaging.

The procedure began without much conversation, Adamou said in the CBC interview, and “with very little notice, he started really digging it into me.”

She asked him to lighten the pressure, she said, which prompted Gerber to remove the transducer before saying, “I can’t find your ovaries.”

Adamou’s suit alleges that Gerber then “proceeded to conduct the second probe even more forcefully, without having adressed [sic] her complaint and without having sought her informed consent to proceed.”

“I’ve never known a need to actually be physically dug into over and over again because they couldn’t find your ovaries,” Adamou told CBC, claiming she experienced severe pain in the weeks following the appointment.

“The first week was really excruciating. I remember driving in my car and having to pull over because I was in so much pain and just bursting into tears.”

Because of COVID-19 restrictions, Adamou said she was unable to find another gynecologist willing to take her on as a patient, so she returned to Gerber’s office in April for a followup appointment.

She said she asked Gerber why the previous visit had left her with such lasting pain, and that he offered no apology or additional information.

“The reaction solidified my thoughts that this was not normal,” she said.

One month later, Adamou filed a complaint to the CPSO and Toronto Police about the incident. Police investigated her and two other patients’ complaints against the doctor and have closed their investigation without laying any charges.

According to a summary detailing the CPSO’s in-person caution to Gerber in 2018, a patient had come forward to complain that the doctor had “performed a forceful transvaginal ultrasound, resulting in cervical inflammation,” and that he did not address her complaints of pain.

“The Committee noted that Dr. Gerber has been the subject of several previous complaints to the College raising issues about his communications and painful examinations,” the summary stated.

“The Committee was concerned that despite his previous involvement with the College on these issues, and attempts at remediation, Dr. Gerber was once more the subject of a complaint raising similar concerns.”

The CPSO noted Gerber had received coaching to address his communications and had been previously cautioned in writing.

CBC News asked the CPSO to provide details of the previous complaints against Gerber, but it declined, saying it was not obligated under the Regulated Health Professions Act to disclose information about complaints filed prior to 2015.

As part of the caution, Gerber was directed to write a report on how he would prevent the same thing from happening in the future.

Following the 2018 caution, the consent process at Gerber’s clinic was “enhanced,” according to his lawyer. He wrote, “patients are now given a customized written consent form prior to the procedure which identifies pain or discomfort as a possible side-effect of the transvaginal examination.”

Without addressing any specific cases and speaking to norms within the gynecological profession, Dr. Dustin Cotescu, associate professor of Obstetrics and Gynecology at McMaster University, told CBC News that pain sustained from a transvaginal ultrasound shouldn’t be long-lasting.

“It would be unlikely for most patients who go through a transvaginal ultrasound to have very prolonged pain,” Cotescu said.

He added that in some patients over the age of 50, there can be difficulty finding the ovaries, as they shrink in size, which might involve using more pressure with the probe. Cotescu said communication is critical.

“Usually, we kind of stop and check in and then see if it’s OK to proceed or whether the patient would like us to stop the exam. And if it’s too uncomfortable, then it makes sense to stop the exam.”

Along with the letter to CBC, Gerber’s lawyer included written statements from five registered nurses, all current or former employees of his. Each letter states, “I have never seen Dr. Gerber continue with a procedure if the patient has asked him to stop.”

Gerber’s lawyer said in a statement that two independent experts had reviewed the relevant medical records and found that the doctor “met or exceeded every clinical standard and did not deviate from the usual and expected practice.”

“Further, both experts found that the examination techniques of Dr. Gerber described by the complainants were routine and met or exceeded the standard of care for clinically indicated and properly conducted gynecological examinations.”

Speaking with CBC News, Adamou and two other complainants expressed frustration that the College has not acted more quickly.

“In the near term, the only thing that can control this is through the CPSO. That’s unfortunately what I have to rely on at this point in time,” Adamou said.

The CPSO has provided no indication as to when it will complete its review of the current complaints.