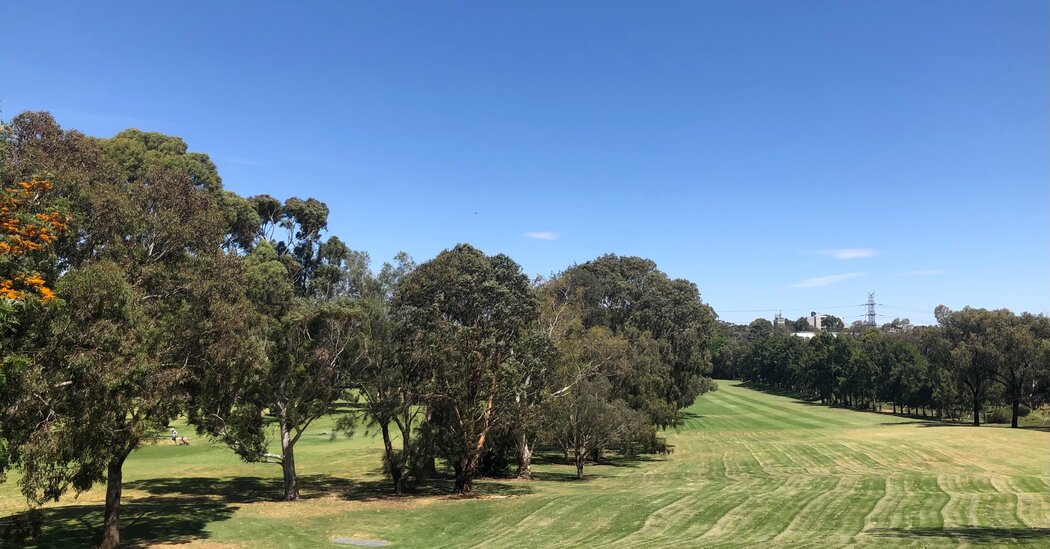 As Australia emerges from coronavirus lockdowns, a battle over access to public green spaces in its cities has started and is largely being fought on the country’s golf courses.

In Melbourne, a need for parks and green spaces was acutely felt during its harsh lockdown, when exercise was one of the permitted reasons to leave the house. With outdoor sports — including golf — banned, local councils across the state threw open the gates of courses to the public.

But when the lockdown ended and golf was allowed to resume, some residents in the suburb of Northcote wanted to keep their local golf course open to the public, arguing that access to the space brought health and mental health benefits to locals. Golfers were outraged. Bill Jennings, a semiregular at the course for over two decades and a leader of the campaign to save the course, framed it as a matter of fairness: “You can’t just walk in and go ‘We’ll have this,’” he said.

Now the council is examining whether to cut the size of the golf course to unlock more parkland. In Sydney, a similar proposal has spurred equal parts support and backlash. Campaigns to reappropriate golf courses are happening in Britain, where space is an even tighter commodity.

And although they’ve been exacerbated because of the coronavirus pandemic, debates over the future of golf courses in inner-city areas have been going on for many years, according to the general manager of Australia’s national golf body, David Gallichio.

As the Australian dream of a house with a backyard complete with an archetypical hills hoist gives way to apartment blocks to accommodate growing populations in the country’s cities, the provenance of public green space has become a hot-button issue. Reappropriating golf courses is a compelling solution: They take up huge quantities of land, and the number of golfers in Australia has been slowly decreasing for over two decades. Mr. Gallichio notes that there has been an uptick in membership this year because of coronavirus but it’s unclear whether that will be permanent.

On a recent sweltering Thursday morning, there were a few golfers teeing up at Northcote golf course, distant pinpricks of color against a backdrop of rolling hills. It was a far cry from the swarms of locals who were reported to have flooded the course during lockdown.

One of them, Nick Verginis, used the golf course as a place to exercise and picnic with his three young sons during lockdown. He described standing among its hills as “like being Julie Andrews in ‘The Sound of Music.’”

Mr. Verginis, who has been coordinating the campaign to open up the Northcote golf course, says inner-city suburbs like his are the poorest in terms of access to green space. He notes that the Northcote golf course is council-owned and says that at heart of the debate for him is the question of what benefits the many, versus what benefits the few.

Researchers at the University of Melbourne note that a lack of green spaces in urban communities is a result of decades of poor urban planning by governments. Golfers agree that green spaces are important but question why they have to pay the price to rectify the issue.

The debate has also become one of perceptions. Golfers stress that public golf courses do not embody the “classic stereotype that golfers are people like Donald Trump”; that might be more accurate of private courses with high fees. “He’s never played here,” Mr. Jennings said of Northcote.

Mr. Verginis rejects the idea that the issue is a political one, but said that the golf course had not proved its value to local residents. “It’s basically a sport for older men,” he said. “They have not been able to demonstrate the value to women and younger people.”

And so the battle continues.

Here are this week’s stories: