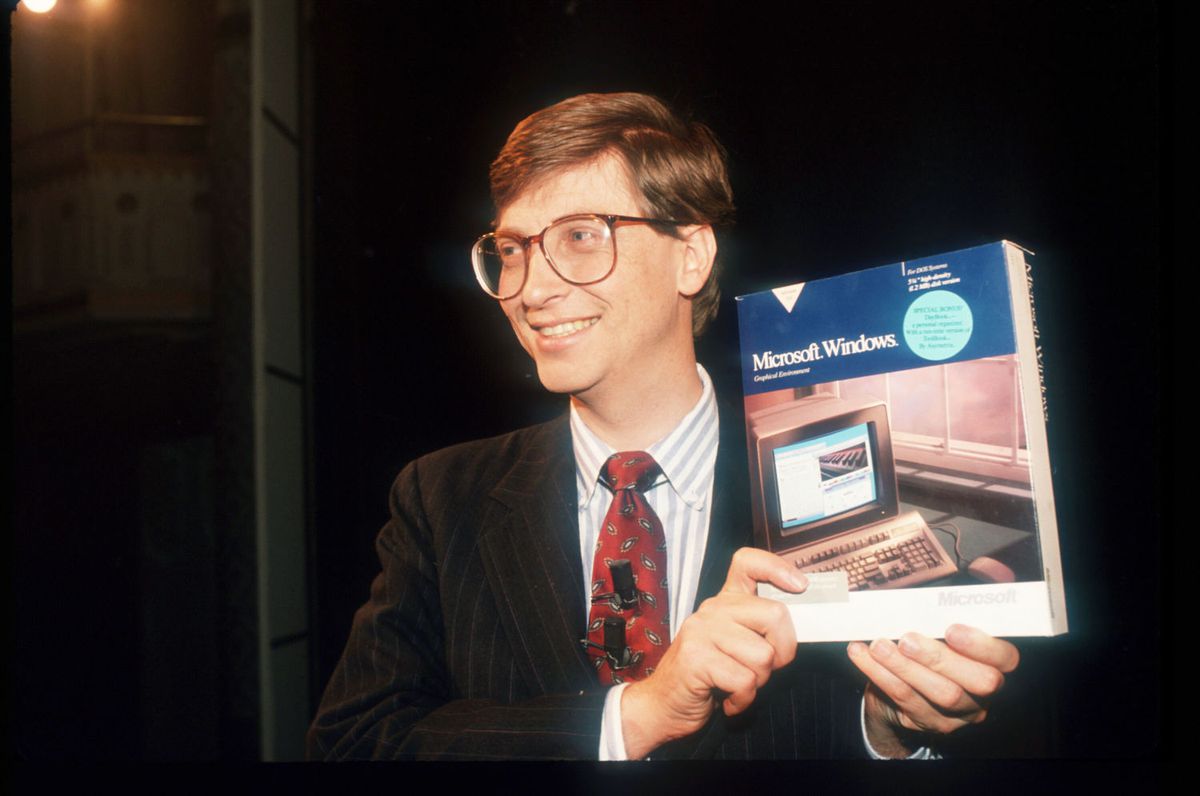 The PC revolution started off life 35 years ago this week. Microsoft launched its first version of Windows on November 20th, 1985, to succeed MS-DOS. It was a huge milestone that paved the way for the modern versions of Windows we use today. While Windows 10 doesn’t look anything like Windows 1.0, it still has many of its original fundamentals like scroll bars, drop-down menus, icons, dialog boxes, and apps like Notepad and MS paint.

Windows 1.0 also set the stage for the mouse. If you used MS-DOS then you could only type in commands, but with Windows 1.0 you picked up a mouse and moved windows around by pointing and clicking. Alongside the original Macintosh, the mouse completely changed the way consumers interacted with computers. At the time, many complained that Windows 1.0 focused far too much on mouse interaction instead of keyboard commands. Microsoft’s first version of Windows might not have been well received, but it kick-started a battle between Apple, IBM, and Microsoft to provide computing to the masses.

Back in 1985, Windows 1.0 required two floppy disks, 256 kilobytes of memory, and a graphics card. If you wanted to run multiple programs, then you needed a PC with a hard disk and 512 kilobytes of memory. You wouldn’t be able to run anything with just 256 kilobytes of memory with modern machines, but those basic specifications were just the beginning. While Apple had been ahead in producing mouse-driven GUIs at the time, it remained focused on the combination of hardware and software. Microsoft had already created its low-cost PC DOS operating system for IBM PCs, and was firmly positioned as a software company.

With Windows 1.0, Microsoft took the important step of focusing on apps and core software. IBM held onto the fundamentals of the PC architecture for a few years, but Microsoft made it easy for rivals and software developers to create apps, ensuring that Windows was relatively open and easy to reconfigure and tweak. PC manufacturers flocked to Windows, and the operating system attracted support from important software companies. This approach to providing software for hardware partners to sell their own machines created a huge platform for Microsoft. It’s a platform that allows you to upgrade through every version of Windows, as a classic YouTube clip demonstrates.

Windows has now dominated personal computing for 35 years, and no amount of Mac vs. PC campaigns have come close to changing that, but they’ve certainly been entertaining. Microsoft has continued to tweak Windows and create new uses for it across devices, in businesses, and now with the move to the cloud. It’s only now, with the popularity of modern smartphones and tablets, that Windows faces its toughest challenge yet. Microsoft may yet weather its mobile storm, but it will only do so by rekindling its roots as a true software company. In 2055, it’s unlikely that we’ll be celebrating another 35 years of Windows in quite the same fashion, so let’s look back at how Microsoft’s operating system has changed since its humble beginnings.

Where it all began: Windows 1.0 introduced a GUI, mouse support, and important apps. Bill Gates headed up development of the operating system, after spending years working on software for the Mac. Windows 1.0 shipped as Microsoft’s first graphical PC operating system with a 16-bit shell on top of MS-DOS.

Windows 2.0 continued 16-bit computing with VGA graphics and early versions of Word and Excel. It allowed apps to sit on top of each other, and desktop icons made Windows feel easier to use at the time of the 2.0 release in December, 1987. Microsoft went on to release Windows 2.1 six months later, and it was the first version of Windows to require a hard disk drive.

Windows 3.0 continued the legacy of a GUI on top of MS-DOS, but it included a better UI with new Program and File managers. Minesweeper, a puzzle game full of hidden mines, also arrived with the Windows 3.1 update.

Windows NT 3.5 was the second release of NT, and it really marked Microsoft’s push into business computing with important security and file sharing features. It also included support for TCP/IP, the network communications protocol we all use to access the internet today.

Windows 95 was where the modern era of Windows began. It was one of the most significant updates to Windows. Microsoft moved to a 32-bit architecture and introduced the Start menu. A new era of apps emerged, and Internet Explorer arrived in an update to Windows 95.

Windows 98 built on the success of Windows 95 by improving hardware support and performance. Microsoft was also focused on the web at its launch, and bundled apps and features like Active Desktop, Outlook Express, Frontpage Express, Microsoft Chat, and NetMeeting.

Windows ME focused on multimedia and home users, but it was unstable and buggy. Windows Movie Maker first appeared in ME, alongside improved versions of Windows Media Player and Internet Explorer.

Windows 2000 was designed for client and server computers within businesses. Based on Windows NT, it was designed to be secure with new file protection, a DLL cache, and hardware plug and play.

Windows XP really combined Microsoft’s home and business efforts. Windows XP was designed for client and server computers within businesses. Based on Windows NT, it was designed to be secure with new file protection, a DLL cache, and hardware plug and play.

Windows Vista was poorly received like ME. While Vista introduced a new Aero UI and improved security features, Microsoft took around six years to develop Windows Vista and it only worked well on new hardware. User account control was heavily criticized, and Windows Vista remains part of the bad cycle of Windows releases.

Windows 7 arrived in 2009 to clean up the Vista mess. Microsoft did a good job of performance, while tweaking and improving the user interface and making user account control less annoying. Windows 7 is now one of the most popular versions of Windows.

Windows 8 was a drastic redesign of the familiar Windows interface. Microsoft removed the Start menu and replace it with a fullscreen Start Screen. New “Metro-style” apps were designed to replace aging desktop apps, and Microsoft really focused on touch screens and tablet PCs. It was a little too drastic for most desktop users, and Microsoft had to rethink the future of Windows.

Back to the Start: Windows 10 brings back the familiar Start menu, and introduces some new features like Cortana, Microsoft Edge, and the Xbox One streaming to PCs. It’s more thoughtfully designed for hybrid laptops and tablets, and Microsoft has switched to a Windows as a service model to keep it regularly updated in the future.

Windows 10 hasn’t changed drastically over the past five years. Microsoft has been tweaking various parts of the operating system to refine it. More system settings have moved from the traditional Control Panel over to the new Settings app, and the Start menu has a less blocky look to it now. We’re still waiting to see what Windows 10X (originally designed for dual-screen devices) will bring, but Microsoft has also been improving the system icons for Windows 10. 2021 could bring an even bigger visual refresh to Windows 10.

Editor’s note: This story was originally published in 2015 to mark the 30th anniversary of Windows. It has been updated and republished for 35 years of Windows.