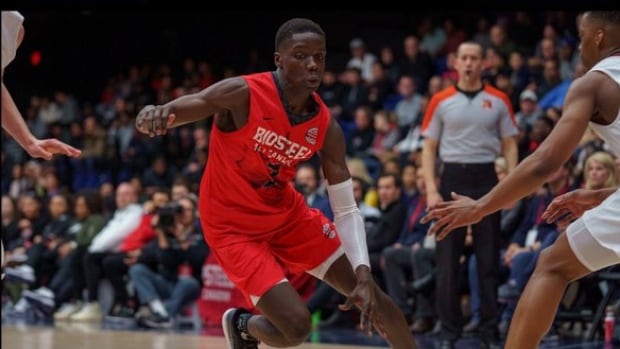 Montreal guard Karim Mane says he has signed a contract with the Orlando Magic.

The six-foot-six Mane said on Twitter that he’s “excited and humbled” to join the NBA club.

Mane went undrafted in Wednesday’s NBA draft. Some pre-draft projections had going in the second round.

Mane is taking an unorthodox route to the NBA. The product of CEGEP Vanier College in Montreal hired an agent and entered this year’s draft, turning down interest from a number of NCAA Division I universities.

Excited and humbled to be joining the Orlando Magic🙏 All Glory to God! <a href=”https://twitter.com/hashtag/HISTORY?src=hash&amp;ref_src=twsrc%5Etfw”>#HISTORY</a>

The 2020 NBA draft went without a Canadian being selected for the first time in nine years.

WATCH | Is this the golden age for Canada men’s basketball?:

Jevohn Shepherd talks with some of the biggest names in Canadian Basketball about how the culture of the sport has changed over the past two decades, and if this is only the beginning of developing NBA stars. 7:18